I recently bought the game Supreme Commander with 50% discount so I thought “Why the heck not!” 🙂 The game is a Real Time Strategy game, a genre I truely exhausted when playing Empire Earth. Keeping the economy running during gameplay is a huge effort in Empire Earth since you can harvest wood, gold, iron, stone and there is farming. Supcom is different. You only have to worry about energy and mass. I only takes a minute to get your economy set up and you can already focus on building an army. Also if you do run out of mass and/or energy your production slows but doesn’t halt. Much better imo. Creating and expanding your sphere of influence by creating bases is pretty straightforward as well as commanding your army. The one difference is though that your army can be MASSIVE! There is no upper limit. As a result you’re looking at the world at a zoomed out level more than zoomed in and every unit becomes an icon since otherwise you would not even see your units so small they become! While the more advanced units are somewhat bigger like your commander, the basic units are tiny which is a shame. Realistic but less interesting. You can create naval units, land and air based units. Especially areal units I find i can only handle in icon mode since they are so hard to keep track of. Also when managing a huge army, the units are equally spaced from each other instead just cluttered into one area. I find this annoying because then the units at the back of the formation do not joint the fight until later when the units in the front have already been destroyed. It kind of ruins the strategy of a surge attack because everything is moving too slow. Once the fight really sets off though, the war is amazing to behold and the special effects rule. It also kills the framerate so zooming out a little is better. The game is pretty demanding so I cannot play it on my laptop at a higher resolution than 1024*768, but for some reason I can have everything on high and 2x AA. Modern games really seem to suffer on my laptop only when increasing the resolution of the game but not when increasing the texture details etc. I’m currently trying out all three factions in the game Supcom but I think I’ll do the 3rd faction first. The three factions are: humans, cyborgs and humans following”The way” set out by an extinct alien race (annihilated by the humans in the first place which strikes me as somewhat funny). 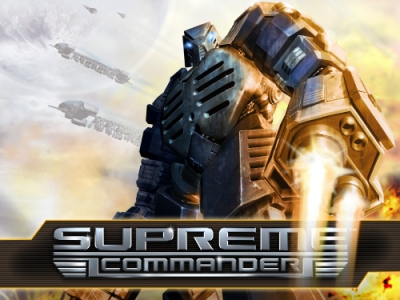