Here is an overview of all the exciting things I’ve been up to.

Yep, pretty empty. So what have I been up to you may be asking? The answer is experiments and thesis writing! After experiencing a whole variety of problems with the apparatus for the last 4 months (I’m not kidding), I finally have a successful experiment. Hopefully the next one will go well too. The last two of the four will have to wait until May because we have a visiting student who also wants to use the apparatus.

These experiments are killing me though. Four weeks of non-stop day in, day out productivity in the lab. The only rest i get is 7 hours sleep. I have to start experimental runs at 10:30 pm and have to be back at uni at 8 am to finish that run and start the next set of shorter runs during the day. Somewhere in between that time I have to finish a paper that has been sitting on my desk for over 6 months. And lastly, of course there is plenty of thesis writing to do. After these experiments in June, I still have quite a bit of sample characterization to do. That means more days behind the Scanning Electron Microscope.

There is a conference early July which I am attending but my supervisor wont be here. He asked if I present a poster of his research of which I know hardly anything about. I kinda wish I didn’t accept this request now…. after all I will be giving a talk which is quite enough. My thesis submission deadline is 20 August. My last bit of responsibility towards the academic system.

So in a nutshell. The life of a stressful PhD student.

Last week was an extremely busy time for me. As I arrived in London Heathrow Airport from New York JFK, I had to navigate my way through the infamous London underground network of subway trains to Euston train station. Once there I caught the Virgin Express train to Liverpool. I arrived one day earlier than my old study mate from Utrecht who now does his PhD at the ETH in Zurich, Zwitserland. The accommodation was good but the neighbourhood of Wavertree looked like the apocalypse had just happened. Rubbish everywhere on the streets and many houses stand empty ready to be demolished. On the Sunday evening, the conference ice breaker started and we moved to the Crowne Plaza Hotel next to the Liver building at the docks.

In the photos of Liverpool, you can see some beach shots with iron men standing in the water. These are the famous 100 iron men of Crosby. In the Sunday afternoon, my colleague from ANU had arrived and she was going to see this so I decided to tag along for a couple hours.

The conference itself was three full days of 15 minute talks and discussions. It was pretty intensive but very interesting. The DRT (deformation, rheology and tectonics) meeting is one of the most important in the research area of rock deformation, be it in the laboratory, in the field or modelling using computers. On the first day, there was a bit of a confrontation when suddenly a man stood up and demanded speaking time. It turned out he is a freelance scientist who is not affiliated with any university. His theories on the processes of rock deformation are controversial to say the least but I was told no one is inclined to believe him because he never shows his calculations. He was almost escorted from the room if he didn’t sit down and shut up he he. But then he decided to behave.

The people were all very friendly and of course it was great to meet all the most well known professors. They are all very clever of course but also funny and maybe a slightly bit mad which I mean as a good thing he he 😉 My talk was on the last day. I was pretty nervous but fairly confident. It went pretty well but as usual i think i tried to explain too much so i was a bit short on time. At the end though, I was recognised as one of the students with the best talks 🙂

The last couple days of the week we headed out to a place called Anglesey in North Wales. It is actually an island and a very pretty place. Again, you can see the photos of the field excursion. We looked at heaps of rocks. Generally speaking they are the oldest pre-cambrian rocks over 500 Million years old. They were deformed duing the Ordovician and Silurian (400 Million years ago) during a period of massive mountain building. What you see now as mountains in Wales and Scotland were once majestic peaks as high or higher than the Himalayas. The geological history is relatively simple with only two major deformation phases but the foliation and folds in the rocks are very impressive.

We got back on Friday evening and I stayed one more night before heading back to London by train on Saturday and the plane to Brussels on Sunday. My mum picked me up from the airport and now I think I will have a well deserved break at home in the Netherlands. Who knows, some old friends will come over to visit me 🙂

I return back to Australia on 22 Sept.

Well, my time here in Minneapolis comes to a close. My latest experiment was glorious and successful. Here is the showdown of the three rocks I deformed in torsion.

SC = San Carlos olivine (natural olivine from a locality in the US, know as San Carlos).
SG = Sol Gel synthetic lab made olivine

The thicker sample SC6688 did not deform but cracked instead. A sad sad ending for that one. 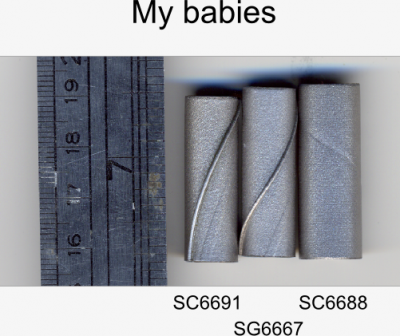 And here you can see the actual rock (ignore the white bits, that’s Alumina): 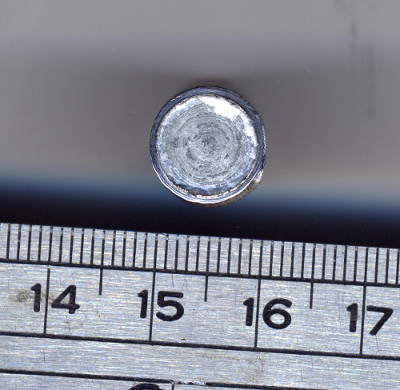 There is one more thing to do here. That is the Minnesota State Fair. I’m going there tomorrow with some colleagues. Should be fun!

Here are some photos of the lab i currently work in. The Rock and Physics lab is located on the campus of the University of Minnesota, Minneapolis. I forgot which building. Somewhere ha ha

Department of Geology and Geophysics